Ocean Wildlife Adventures from the Old Harbor in Reykjavik

Whale Watching in the Reykjavik Area

The whale watching boats sail out from Reykjavík towards the Faxaflói bay all year round. In clear and nice weather, you might see some of the most beautiful mountains off in the distance. Often, we can spot the majestic Snaefellsjökull and Myrdalsjökull glaciers and some cone-shaped volcanoes on the Reykjanes peninsula.

Over 20 species of whales inhabit the waters around Iceland, appearing during different seasons of the year and at varying levels of frequency. Minke whales, harbor porpoises, white-beaked dolphins and humpback whales are the most commonly spotted sea creatures on our whale watching tours from Reykjavík. Iconic species such as the orca and basking shark appear less frequently and due to Faxaflói being too shallow, we unfortunately do not see the blue whale. Whales tend to stay all year round, however, there are fewer of them during the winter season.

Seeing any of these splendid creatures in their natural habitats is an awe-inspiring, breath-taking experience, which will give you a profound understanding of the magic of nature.

Humpback whales are 13 to 17 meters long and they are the liveliest whales of all. Apparently, they are not at all shy and they don’t mind are being observed. Humpbacks often love to show themselves and put on a display. They approach the boat, roll over, leap out of the sea, and slap and splash with their fins and flukes on the surface. The great Humpback whales always raise their flukes out of the water when diving. It is pretty likely that you will see at least one Humpback on our whale watching tour.

Minke whales are somewhat smaller than Humpbacks. They are also known for their curiosity. They sometimes approach vessels and dive under them and then stick their heads up out of the sea. This behavior is called spy-hopping and no one really knows why they do it.

The harbor porpoise is one of the smallest of the cetaceans. They are quite shy, but sightings are still common on our whale watching tours.

The sperm whale is a massive animal and can measure up to 20 meters. It is the largest toothed predator on our planet. This whale’s brain is six times larger than a human brain, and they have developed a very sophisticated form of communication.

According to scientists, their language could even be more sophisticated than human language. Thanks to their distinctive angled blowholes, they are very easy to identify at sea. For much of their history, sperm whales had an unjust reputation for eating humans, thanks to their size and books such as Moby Dick. But this majestic animal is completely harmless to humans.

The Icelandic word for Orcas is ‘Hahyrningur' which translates to ‘high horn' a name that is likely to originate from the way that their dorsal fin cuts through the waves as they glide beneath the surface.

Orcas are the ultimate predators of the oceans. They have been known to attack other whales, this is why they are commonly referred to as “killer whales.” Marine biologists have cataloged around 400 unique orcas in Iceland's waters, although it is possible that many more migrate here during the warmer season.

Orcas develop very strong family bonds. They travel in family groups that stay together for a lifetime. The world’s most famous killer whale, Willy from the "Free Willy" movies, whose real name was Keiko, was captured in Icelandic waters. After becoming a film star, he was reintroduced to the wild at the Westman Islands.

Orcas tend to visit Iceland between the winter and early summer, with April to June the period when sightings are most common. The Orcas in Icelandic waters are fish-eaters and use a unique ultrasonic whistle to herd and hunt herring. They are an apex predator, meaning that no other animals feed upon them and are renowned for their complex matriarchal social structures and intelligence. To see them hunting or frolicking in the waters is an awe-inspiring experience that visitors are bound to appreciate.

Whale watching tours are available from Reykjavik's Old Harbour every day. The Old Harbor is conveniently located in the city center, with various cafés, restaurants and souvenir shops in the area. There are two types of boat trips offered, the classic whale watching tour or express rib boat tour. 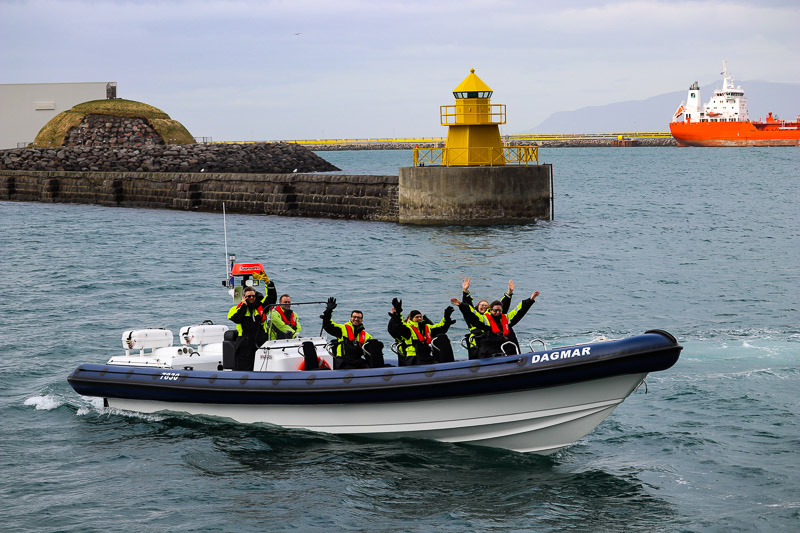 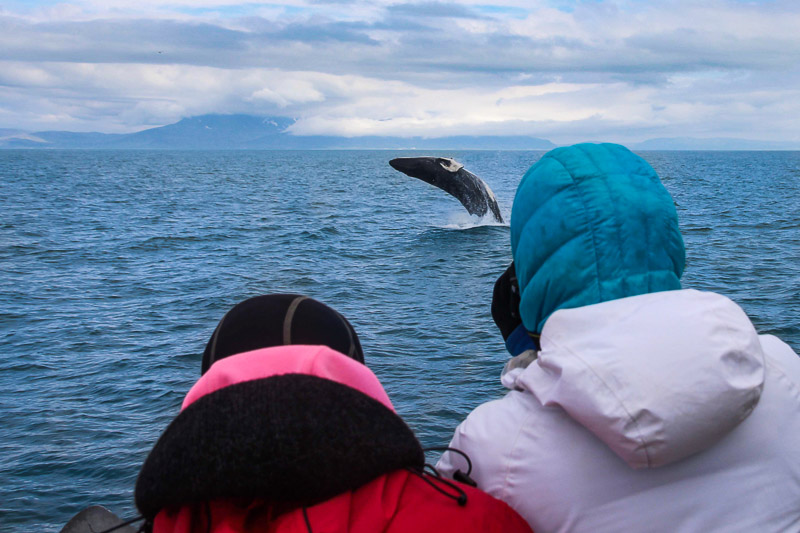