The Snaefellsnes Peninsula in the West of Iceland

The Snaefellsnes Peninsula is located in the West of Iceland, only a couple hours drive from Reykjavik. In Snaefellsnes you can find many unique natural wonders & amazing places including vast lava fields, volcanoes, glaciers, black beaches, caves and much more!

Whale Watching from the Snæfellsnes Peninsula

Whale watching tours are ideal for anyone who loves wildlife. You have a great chance of encountering the rare and magnificent orcas and sperm whales. In the summertime, you might also see cute puffins, regal white-tailed eagles, and other arctic seabirds, framed by some absolutely incredible Icelandic scenery, including Mt. Kirkjufell.

Why Snæfellsnes Is One of the Best Places to See Orcas

The Snæfellsnes area is renowned for the many toothed-whales that visit its waters, including the world-famous orca, the giant sperm whale, and the slightly strange looking pilot whale.

The vast bay north of Snæfellsnes peninsula is especially rich in herring and other small fish, which attracts a special type of whale: the toothed whales. These animals don’t have baleens like the Humpbacks and Minke whales but they have teeth. Therefore, they don’t feed on krill and plankton but they use their teeth to capture small ﬁsh and squid. Since herrings and small fish are abundant in winter in this area, these toothed whales - unlike most baleen whales - stay around all year long.

Whales Around the Sæfellsnes Peninsula

Orcas, sperm whales, and pilot whales are not very commonly seen in other whale watching tours in the world. But these majestic animals tend to like the rich feeding ground of the Breiðafjörður bay. Your chance of seeing them is highest here.

The best time to see orcas is in between winter and early summer, with sightings especially common between April and June. Male sperm whales are also commonly seen in June, while Humpbacks, Minke whales, and white-beaked dolphins are seen all year-round.

When we spot a whale, our expert captain will take us as close as possible to them, without interfering with the animals themselves, ensuring that we have the best possible opportunity to see them hunting, feeding, and frolicking amongst the waves.

Other species that visit the area include white-beaked dolphins and a myriad of incredible bird species, like white-tailed eagles and marine birds like gannets.

Icelandic sperm whales are massive animals and can measure up to 20 meters, making it the largest predator in the world. For much of its history, it had an unjust reputation for eating humans, thanks to its size and books such as Moby Dick, where the white whale is hunted by Captain Ahab. Sperm whales are usually found in deep waters, which is where their favorite food, squid, is found. Seeing these huge creatures feeding, throwing jets of water into the air, or engaging in a cartwheeling breach as they propel themselves out of the ocean, is a magical experience that all visitors are bound to enjoy.

This magnificent tour is ideal for anyone who loves wildlife, with the chance to see cute puffins, regal white-tailed eagles, and awe-inspiring whales, framed by some absolutely incredible Icelandic scenery.

Orcas are the ultimate predators of the oceans. They have been known to attack other whales, which is why they are commonly referred to as “killer whales.” Marine biologists have cataloged around 400 unique individuals in Iceland's waters, although it is possible that many more migrate during the warmer season.

Orcas develop very strong family bonds. They travel in family groups which stay together for a lifetime. The world’s most famous killer whale, Willy, whose real name was Keiko, was captured in Icelandic waters. After becoming a film star, he was reintroduced to the wild at the Westman Islands.

Pilot whales are highly social. They remain with their birth pod throughout their lifetime. The matriarchal pods consist of 10 to 30 individuals. Short-finned pilot whales are one of the few mammal species in which females go through menopause.

Humpback whales are the most joyful of all whales species. Apparently, they don’t mind if they are being observed. Humpbacks often put on a display. Sometimes, they approach the boat closely. They can roll over, leap out of the sea, and slap their fins and flukes on the surface. Characteristically, they raise their flukes out of the water when diving.

Minke whales are also known to be curious. They sometimes approach the vessels and dive under them and then stick their heads up out of the sea. This behavior is called spy-hopping and no one really knows why they do it.

The harbor porpoise is one of the smallest of the cetaceans. Despite the fact that they are quite shy, sightings are common on our whale watching tours.

White-beaked dolphins are called “toothed whales.” They are more playful and sociable than harbor porpoises. They usually show up in larger groups and are often quite curious about us.

What to See on the Snæfellsnes Peninsula

The sparsely-populated Snæfellnes peninsula is famous for its extremely varied and beautiful landscapes. It is located only a couple of hours drive from Reykjavik. Snæfellsnes has every kind of natural attraction that Iceland is famous for: an impressive glacier-volcano, vast lava fields, stunning waterfalls, sea stacks, black beaches, and more. The picturesque Mount Kirkjufell, an iconic mountain located by Grundarfjordur along with Snæfellsjokull glacier, watch over the peninsula and are frequently in the backgrounds of photos. Many refer to the peninsula as “Iceland in miniature.”

There are two whale watching locations on the Snaefellsnes Peninsula, depending on the season. The main location is the historical village of Ólafsvík where we operate tours in the summertime, from April to October. The other location is the beautiful village of Grundarfjörður, where we operate our winter whale watching tours from December to March.

Ólafsvík is a small fishing town on the northern side of the Snæfellsnes Peninsula with just over 1,000 inhabitants. Thanks to its favorable weather conditions, the village has always had a thriving fishing industry. In the 17th and 18th centuries, commercial vessels sailed between Ólafsvík and Denmark. At this time, Ólafsvík was one of the most important trading ports in Iceland. In the tourist info center here you will find an interesting exhibition: the “Krambudarloftid,” which will guide you along the history of the trade in Iceland.

Ólafsvík is also known for its great seafood restaurants. If you would like to taste some local, fresh seafood that comes directly from the seafaring vessels, visit one of the great restaurants in Ólafsvík.

Grundarfjörður is probably the most beautiful village on the peninsula. It is located on the northern coast, only a 25-minute drive from Ólafsvík, with Iceland’s most photographed mountain in the background. The famous mount Kirkjufell “Church Mountain” is a beautifully symmetrical, freestanding mountain.

Game of Thrones fans might recognize this landmark: Kirkjufell is the famous “arrowhead mountain” from the sixth season of the TV show. It was the epic background for the scenes in which the show’s Children of the Forest created the first White Walker. 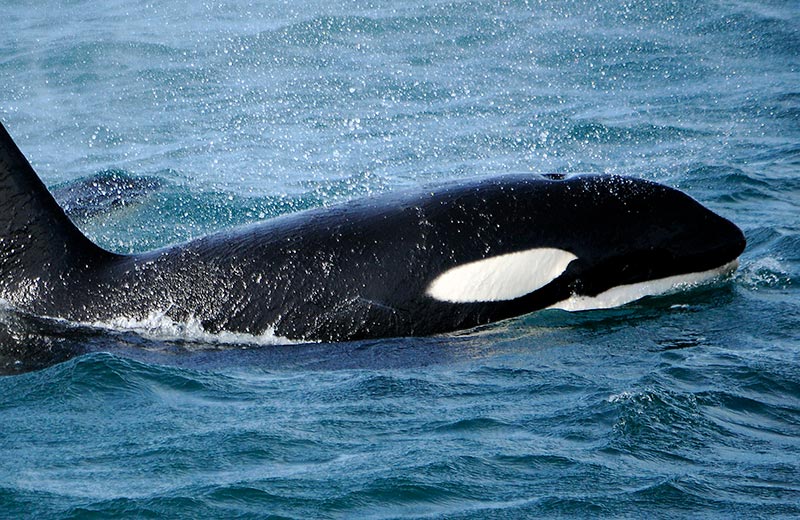 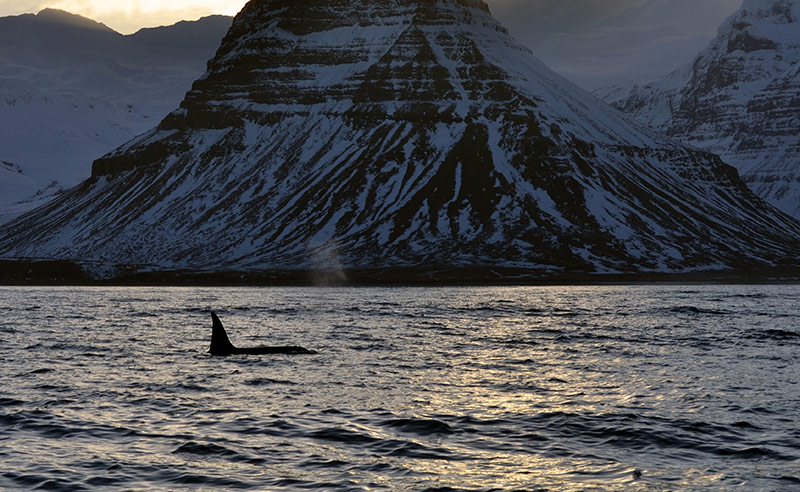